You can tell a man is clever by his answers. You can tell whether a man is wise by his questions.
— Naguib Mahfouz
Posted by Jonah at 7:00 AM No comments:

This week's theme comes courtesy of Sally. This week, it's another simple list, where we consider popular culture, and examples of media which have helped or challenged us in our spiritual journey.

Your Score: A Bit Of Both

Calvin & Hobbes, like a scruffy yin and yang, are in perfect balance within you. Like Calvin, you're weird, a bit insecure, and can be a trouble-maker. But like Hobbes, you're down to earth and sensitive. It's a risk to say it here, after just a ten question test, but I'll bet you're smarter than most. Both Calvin and Hobbes are crafty, clever characters, and any one made from equal parts of each is a force to be reckoned with.

Believe it or not, I was fairly honest in all my answers.
Posted by Jonah at 2:25 PM 1 comment:

As naturally as the oak bears an acorn and the vine a gourd, man bears a poem, either spoken or done.
— Henry David Thoreau
Posted by Jonah at 6:37 AM No comments:

You were led here by a thin string.
You remember these windows:
Their silent dolor:
The windows of broken forgiveness.

You remember this red brick.
You measured it with your wet toes.
See the imprint here
Where your shadow dare not cross.

You have walked this path.
This path of retribution.
You count the cost
When you remember this house.
Posted by Jonah at 3:08 PM No comments:

This week's theme comes from Reverend Mother, who writes: "This one is patterned off an old Friday Five written by Songbird, our Friday Five Creator Emerita: Below you will find five words. Tell us the first thing you think of on reading each one. Your response might be simply another word, or it might be a sentence, a poem or a story. [All five words come from readings assigned for this Sunday's lectionary]"

Bonus
In the vineyard
where the fruit is pressed
where the sun ascends
where a figure bends
let us begin:

The sun will rescue this growth
will ignite the tang,
the tanis, the swirling aroma
while a figure kneels
the leaves begin

Good fruit from bad is divided
the good is pressed
The juice explodes
soon a figure sits
and the feast begins
Posted by Jonah at 10:27 AM No comments:

Zen has been used for healing people's sicknesses, but it has also been used by the samurai for chopping off people's heads!
— Alan Watts
Posted by Jonah at 5:48 AM No comments:

I listen to NPR every morning and evening, while commuting to and from work. In reporting on the recent massacre in northeastern Iraq, the Yazidis were described as "practicing mythology".

How does one "practice mythology"? Fairly or not, the word "mythology" has a negative connotation, so its use here seems a judgment of the Yazidis. It is, at best, inexact; at worst, it is a form of editorial comment.

A quick search of Google News led me to an article in the International Herald Tribune which stated that the Yazidis practice "an ancient Persian religion". Zoroastrianism seems a likely candidate; the Wikipedia article on the Yazidis mentions a few other possibilities*.

It immediately occurs to me that people like Christopher Hitchens, Sam Harris, or Richard Dawkins might say I "practice mythology" because I am a self-defined Christian. What is more, I practice a type of Christianity which involves a great deal of ritualized activity - e.g., kneeling; this ritualized activity is shared by a number of "liturgical" churches, primarily Roman Catholic, Lutheran, and Episcopal.

As a lay student of Joseph Campbell, I understand that "mythology" is not synonomous with "untruth". My reading of Campbell suggests that mythology is an attempt to express deep truths that cannot be expressed in any other way. These deep truths include questions of ultimate meaning, such as "Why am I here?" or "Why do bad things happen to good people?".

The religious tradition of the Yazidis may seem odd to us, at a distance. According to both NPR and the International Herald Tribune, their beliefs combine elements of "an ancient Persian religion" with Islam and Christianity. This may appear quaint or perverse.

This view ignores the history of Christianity, which has borrowed elements from any number of religious traditions, including the so-called "myths" of ancient Rome. Obvious examples include the celebration of Christmas and Easter, both of which occur near the time of holidays celebrating Roman gods or goddess.

Earlier I mentioned Zorastrianism, which pre-dates Christianity; this religious tradition included a figure named Mithra who died for the sake of humanity and rose again. Sound familiar?

Historically, Christianity has been as "syncretic" as the Yazadi tradition. It seems the worst sort of hubris to call their beliefs "myth" while claiming a special truth for our own.

*I'm aware a recent news story calls the reliability of Wikipedia articles into question; unfortunately, this is the best resource I have available at the moment.

The firefly
gives light
to its pursuer.
— Oemaru
Posted by Jonah at 6:44 AM No comments:

God builds his temple in the heart on the ruins of churches and religions.
— Ralph Waldo Emerson
Posted by Jonah at 6:40 AM No comments:

Forget not that the earth likes to feel your bare feet and the winds long to play with your hair.
— Kahil Gibran
Posted by Jonah at 7:22 AM No comments:

This week's questions are from Sally, and look at how one deals with the stress monster:

The shell of a cicada —
it sang itself
utterly away.
Basho
Posted by Jonah at 6:32 AM No comments:

Quote of the Day

This week's theme courtesy of Reverend Mother, who recently returned from a pilgrimage to Iona, "the cradle of Scottish Christianity". 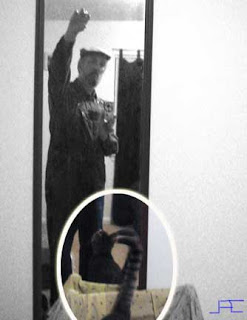 From the archives: the Lady when she was about six months old. Reverend Mommy recently posted some shots which suggested the framing technique used here.
Posted by Jonah at 8:06 AM No comments:

Placed among hollow walls
this is the moment
now, when you wonder

Placed in her lap
this is the tender place
Now is the time
Posted by Jonah at 3:59 PM 2 comments:

You can't outhate a fundamentalist. They will always win.
— Yossi Klein Halevi
Posted by Jonah at 7:50 AM No comments: